Excitement has been building up in China and among space enthusiasts ever since Chinese authorities have hinted at a possible return of Long March 5 to the launchpad at the end of the year. First mentioned by CGWIC during the Satellite Business Week in September 2019 [1], it was then further confirmed by the departure for Tianjin of the Yuan Wang 21 and 22 cargo ships (which specialize in the transportation of rocket parts, notably Long March 5). The current launch date is estimated to be at the end of December, although this could easily be shifted to early 2020 due to the usual uncertainty around launches.

Fig. 1 – There has been some effervescence regarding upcoming LM-5 Y3 launch on Twitter and Weibo

Long March 5 uses cryogenic LOX/LH propulsion systems for the core stages: a dual YF-77 engine first stage, while the second stage employs two YF-75D engines. The 4 strap-on boosters use two semi-cryogenic LOX/KP1 YF-100 engines each. The choice of hydrogen for the core stages represented a logical choice from an engineering standpoint, as LM-5 is mostly destined for missions beyond low-earth orbit, where the pros of hydrogen start overcoming the cons. A variant, LM-5B, without the second stage, is planned for LEO operations.

While its sister-rockets, the lighter Long March 6 and the medium lift Long March 7, have entered service rather smoothly, Long March 5 so far has been marked by repeated problems. The maiden launch in November 2016, while considered a success, saw the second stage engines shut down 11 seconds early, and there were also reports of issues with fueling and telemetry. The second flight in July 2017 simply failed, due to problems arising with the first stage shortly before separation [2].

Liquid hydrogen, while being the king of rocket fuels in terms of efficiency (specific impulse), is also a nightmare in terms of engineering. Among some of the critical problems that arise from the use of hydrogen are:

While the YF-75D engine of Long March 5 was only an evolution of the previously-in-service YF-75, and while the YF-100 is based on the Russian RD-120 acquired by the Chinese in the 1990s, the YF-77 is a brand new engine developed over the past decade and a half. And without a doubt the most critical part, due to the reasons linked to hydrogen density mentioned earlier and to the high level of thrust (8x higher than the YF-75D!).

To minimize risks and simplify the design, a classical gas generator cycle was adopted for the YF-77. Yet despite this more conservative approach, it is this same engine that triggered the failure of LM5-Y2 in 2017. More precisely, “The turbopump’s exhaust structure, according to SASTIND, failed while under complex thermal conditions” [3]. A following statement from SASTIND in April 2018 declared that the engines had been redesigned and tested accordingly [4]. A more detailed description of the failure is available in [5] (only in mandarin).

Why is Long March 5 so Important to China ?

Shijian-20: The launch planned for December 2019 will be the third of LM-5. It will carry SJ-20 (Shijian/实践 meaning “practice”), a large 8-ton GEO telecom satellite meant to test the DFH-5 satellite platform carrying a very high throughput (likely Ka-band) payload.

The failure of LM-5 Y2 in 2017 (which had a similar payload), delayed the Chinese high-throughput comm satellite program by 2 years, and a failure of LM-5 Y3 could delay it further, denying the DFH-5 satellite platform of any means to be sent to orbit. Indeed, no other Chinese launch vehicle, including the powerful LM-3B, has the capacity to put the DFH-5 platform into geostationary orbit. One potential consequence is that this could hold back Chinese satellite operators’ broadband capacity, already harmed by Chinasat-18’s problems this year. Meanwhile, major international satellite operators such as Viasat and Inmarsat, following market demand, have increasingly been introducing such satellites into orbit.

Chang’e 5: A large portion of the Chinese space program is also dependant on LM-5. While the previous lunar mission Chang’e 4 was launched last year on an old LM-3B, Chang’e 5, which is a sample return mission, is heavier and thus requires the more powerful LM-5 to be launched.

Huoxing-1: The same goes for China’s second Mars mission Huoxing-1, also a lander/rover mission. If all goes well, Huoxing-1 is planned to be launched on LM-5 in 2020.

Chinese Space Station: Last but not least, the Chinese Space Station, also called “Tiangong”, which is planned to be assembled and finished before the end of 2024. However the launch of each of its 3 modules into LEO are once again dependant on the LM-5(B) entering service.

China’s Moon, Mars, space station missions & VHTS program: a lot is undoubtedly at stake. This is why much of the Chinese space community will be hoping for a successful launch of LM-5 Y3 this December. And frankly, all space enthusiasts as well: not only will LM-5 be a nice addition to the list of operating heavy-lift launchers in the world, it will also provide a nice attraction for space fans who want to watch the launch in Hainan. Wenchang launch centre is indeed the only “tourist-friendly” launch facility in China, with nice views of the lift-off from nearby beaches (see Fig. 5 and 6). 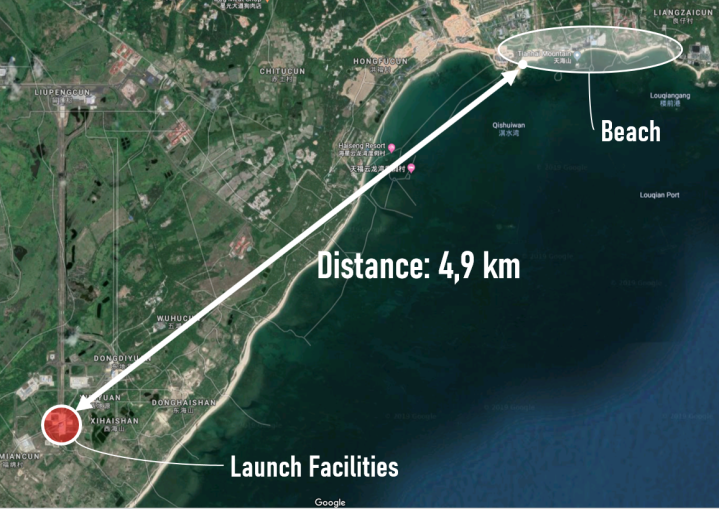 Fig. 5 – Some nice beaches not too far away from the launch site (drawn with Google Maps)

Fig. 6 – The Hilton Hotel of Wenchang has actually made it a marketing tool… (Credits: Hilton Hotels & Resorts)