This blog post inaugurates a more personal article series, that will give an account of my trips and visits in China (exhibitions, rocket launches, visits…). Do let me know what you think in the comments or by private message.

This weekend marks the closure of the events surrounding the 4th edition of China Space Day, which took place in Changsha from the 22nd to the 26th of April 2019. All in all, 8 forums were going on in parallel, alongside a large commercial space exhibition. These included: the United Nations/China Forum on Space Solutions, a Workshop on Sino-U.S. Space Commercialization, an International Forum on Human Living and Working in Long-term Lunar Habitation, a Symposium on International Governance of Emerging Space Issues under the Rule of Law, and the International Commercial Space Symposium (among others).

I was fortunate to attend the International Commercial Space Symposium, the commercial space exhibition, and the opening ceremony (a big thanks to FutureAerospace for their invitation). In this blog post I would like to share a few thoughts regarding the event and what this shows of Chinese commercial aerospace.

The organization quality of China Space Day overall has been really positive. From my personal experience (commercial space forum), events seemed to have a good flow, both Chinese and international speakers were of high standard, and specific English-speaker personal was dispatched from the organizing team to support foreign guests. Although I only experienced the commercial forum, discussions with fellow attendees of other forums confirmed this impression, some noting the significant improvement over the past edition in Harbin. China Space Day has come a long way, since its first edition in 2016 (see Fig. 1). 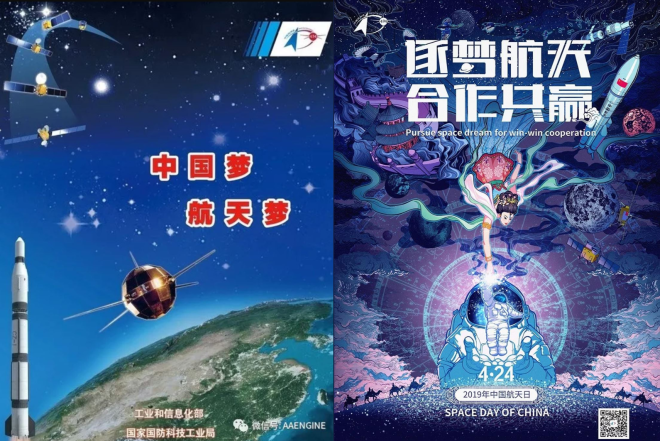 Fig. 1 – The posters of the first (left) and current (right) editions of China Space Day

The China Commercial Space Symposium took place during the 23rd and 24th of April, and was hosted for the second time by FutureAerospace, a Chinese space think-tank and VC company. The first day was mostly China-focused (and mandarin-led), with opening keynote speeches from Chinese leaders and space companies in the morning, and thematic sub forums in the afternoon. The following day was dedicated to international commercial space sub forum, and was carried out entirely in English with many international speakers.

Although the whole symposium was worthwhile, the most interesting part of all was undoubtedly the China-focused thematic sub forums. I attended the ones regarding launch vehicles and investors, which consisted in presentations by startup founders and investors, followed by panel discussions. The quality of these events were undeniable, combining C-leveling leaders from Chinese startups (including StarTrek CEO Liang Jianjun, Galactic Energy chairman Liu Baiqi), high-level space VCs (China Growth Capital General Manager Gong Yuan, CDH Investments senior vice president Liu Shang), and moderated by excellent space watchers such as the 36kr Shi Yaqiong and Aerospace China Magazine editor-in-chief Zhang Jingnan.

One would think that there should have been an uneasy vibe in the room: so many domestic competitors, pitted in the same room to discuss their market strategy and potential, and I initially expected considerable restraint in the speeches. Fortunately this was not the case: many of the CEOs were very willing to discuss their strategy and viewpoint on the market potential in front of their peers, and explaining their technical choices. Here were some of the interesting takeaways:

Fig. 3 – Entrance of Hunan International Exhibition Center, where the space exhibition was held

Next to the commercial symposium was the China Space Day exhibition, putting forward mostly commercial space startups, but also some booths from SAST, CAST, as well as some space media, CNES, and even the Chinese Great Wall wine manufacturer (which seemed to have made a special edition for the occasion?).

I spoke to a great number of Chinese startups during the conference, and was impressed by how open they were to discuss projects and strategy. Providing you speak some mandarin, chatting with these NewSpace founders is really fascinating. This most definitely suggests much closer ties in commercial space with international companies in the future! 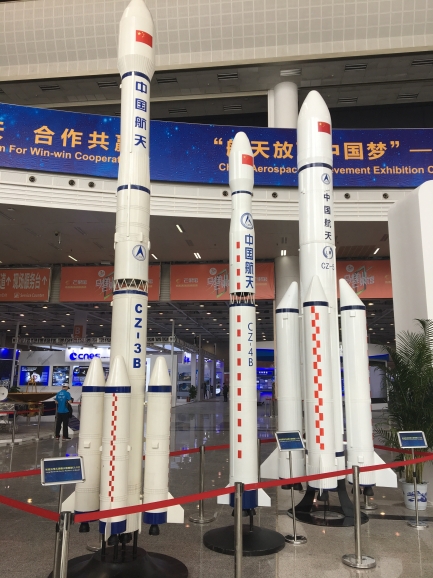 Final event worth mentioning: the opening ceremony of China Space Day, which took place in presumably what was the biggest (gigantic!) conference room of the Changsha Saint Tropez Hotel on the morning of April 24th. Although sometimes a little too self-congratulatory, the stage production was grandiose, with multiple dances, songs and other performances. Despite clearly insisting on the achievements of Chinese space capabilities with epic-style music in the background, the producers were careful to include parts dedicated to international cooperation, including a speech from Lionel Suchet, Directeur Général Délégué of the French space agency CNES. Also worth noting, a short speech from director of UNOOSA Simonetta Di Pippo, and a brillant drawing contest organized by the Chinese Aerospace Society and Hunan Education Department. 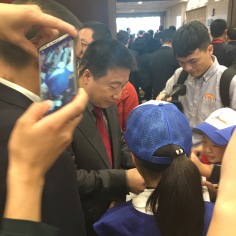 Fig. 6 – Opening ceremony presentators, video extract on Sino-French cooperation, Simonetta Di Pippo being offered one of the drawings, and Yang Liwei signing autographs at the exit after the ceremony

Image credits: Daily Telegraph (Fireworks in Changsha), Andrew Jones (posters of China Space Day). All other pictures are my own.